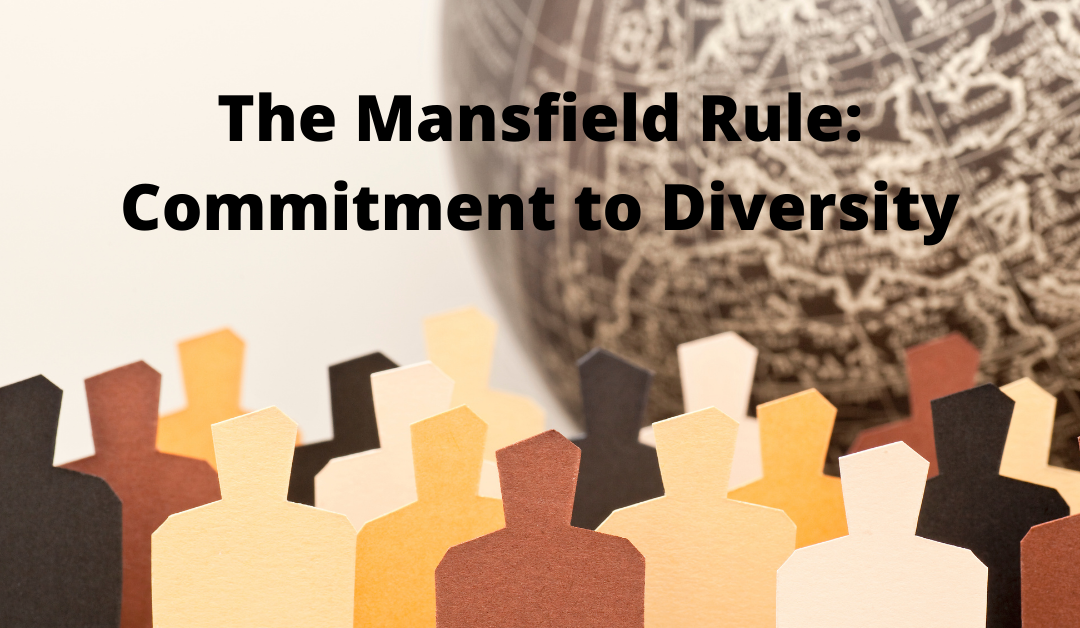 In 2003, the National Football League adopted the Rooney Rule. The Rooney Rule mandated that every NFL team interview at least one diverse candidate for an open head coach position. Over the years, the NFL has expanded the Rooney Rule. Today, teams are required to interview diverse candidates for other roles, including coordinators, general managers, and front office positions. This even includes club president jobs. For the history buffs out there, the Rooney Rule is named after the late Dan Rooney. Rooney owned the Pittsburgh Steelers and was chairman of the NFL’s diversity committee. So, what  does this have to do with legal recruiting? Well, in 2017, and inspired by the Rooney Rule, Diversity Lab launched the Mansfield Rule certification process. Named after America’s first woman lawyer, Arabella Mansfield, this initiative demonstrates law firms’ commitment to diversity.

Like the Rooney Rule, the Mansfield Rule has evolved since its inception. For example, Version 1.0 required law firms to measure and confirm that they considered candidate pools that are at least 30% diverse. This year, on July 15th, Diversity Law launched its 5.0 Version. 5.0 has the participation of more than 160 large U.S. and Canadian law firms and an expansion into the United Kingdom. With the 5.0 Version, law firms must:

Obviously, having more diversity in law firm ownership and management is beneficial. It is good for business and the right thing to do. However, we have heard about diversity in the legal industry for many years. The Mansfield Rule is doing a great job of taking the intangible concept of diversity and making it a reality. Recent data shows that the ‘early adopter’ firms piloting the Mansfield Rule since its 2017 inception have increased the racial and ethnic diversity of their management committees by 30 times the rate of non-Mansfield Rule firms.

It certainly helps that clients are not merely paying lip service for their law firms’ commitment to diversity. Rather, they have made it a requirement. “A significant reason for the increase in participating is due to a strong push from clients,” said Lisa Kirby, Diversity Lab’s chief intelligence and knowledge sharing officer.

Regardless of the reason, it is inspiring to see such commitment from some of the world’s largest and best-known law firms.

If you have any questions, let’s schedule a time to talk.